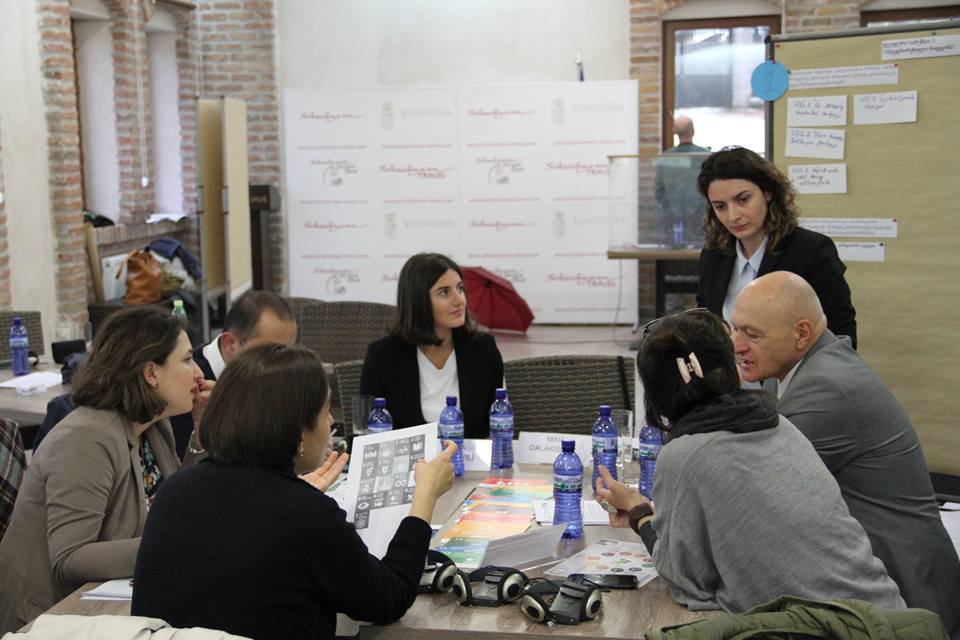 The workshop was organized with the support of GIZ IBiS and Agenda 2030 Programs as a part of  RIA + Initiative in the framework of GEF/IFAD funded project: “Regulatory Impact Assessment (RIA) of the Draft Law on Windbreaks”.

The main objectives of the workshop were gaining experience in mainstreaming Agenda 2030 Principles in RIA, including its SDGs that are most relevant to the RIA on Windbreaks Draft Law,  as well as recommendations were elaborated on mainstreaming SDGs in further stages of this RIA process.

The attendees agreed that “leave no one behind” is a core principle to be considered in the process of development of RIA. All key stakeholders emphasized that it is fundamental for the development of Windbreaks Law that the Agenda 2030 Goals and targets are met for all segments of society.

The workshop participants also discussed “shared responsibility” and integrative approach as one of the main principles of Agenda 2030 and agreed to mainstream this approaches in the RIA.

Georgia Takes Steps Towards the Ratification of the Minamata Convention

National Validation Workshop On Action Plan, Methodology and Outline for Feasibility Study of Integrated Pastureland and Livestock Development in Georgia

Towards Green Deal: First Biosphere Reserve in Georgia to become part of the solution #ForNature