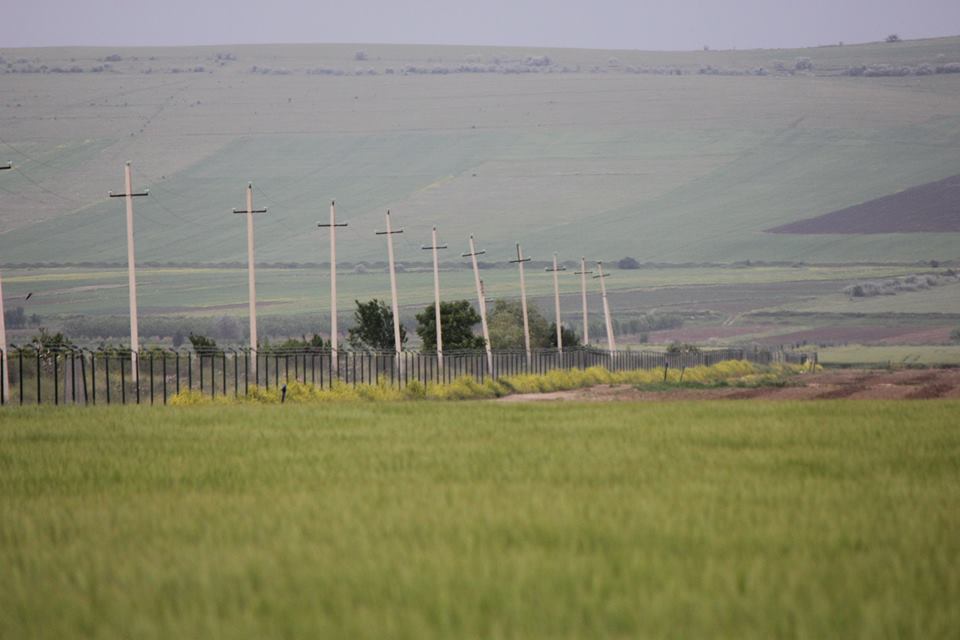 REC Caucasus has launched the project “Land Restoration Measures to Prevent Land Erosion and to Maintain the Fertility of about 650 ha of Arable Land in Vulnerable Municipalities of Shida Kartli Region”. This project is being implemented as part of “Agriculture Modernization, Market Access and Resilience (AMMAR)” project of the Government of Georgia, with IFAD funding.

The project aims at securing the productivity of about 650 ha of arable land and reducing land degradation caused by wind erosion through contribution to re-establishment and/or rehabilitation of  25 km (18 ha) of windbreak system in Gori and Kareli municipalities and Carbon sequestration of 117 t CO2 eq (during 5 years).

At initial stage for windbreak development the first plot/site in Gori Municipality (Variani Community, Village Sakasheti) was selected and 5 640 seedlings of Cupressus, Pinus Nigra, Cedrus Deodara were planted  in two rows on 111.4 ha of land, in such way that it surrounds the plot of land from the West and East as well as from the North and South, and will protect the agricultural land of  296,3 ha benefiting 121 farmers. Currently work is underway to finalize preparation of Windbreak Management Plan (Windbreak Establishment and Maintenance plan) for the above site.

The project will demonstrate local farmers as well as regional and national policy makers the economic and ecological benefit and importance of windbreaks and will encourage them to expand windbreaks to the other villages of the municipalities.

Georgia Takes Steps Towards the Ratification of the Minamata Convention

National Validation Workshop On Action Plan, Methodology and Outline for Feasibility Study of Integrated Pastureland and Livestock Development in Georgia

Towards Green Deal: First Biosphere Reserve in Georgia to become part of the solution #ForNature