THE REGIONAL ENVIRONMENTAL CENTRE FOR THE CAUCASUS 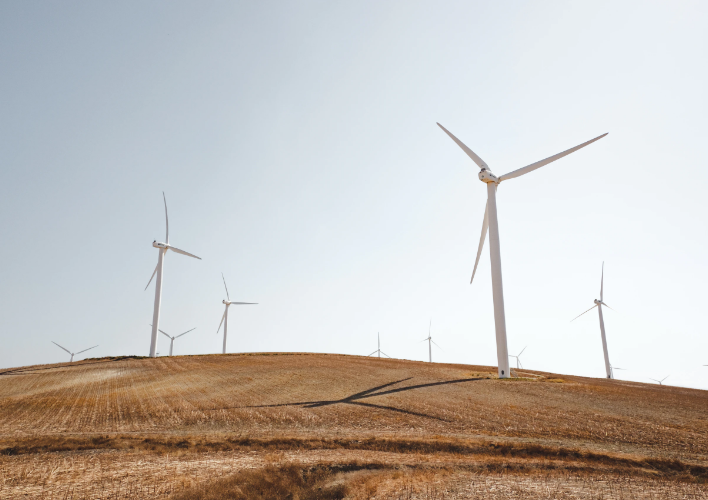 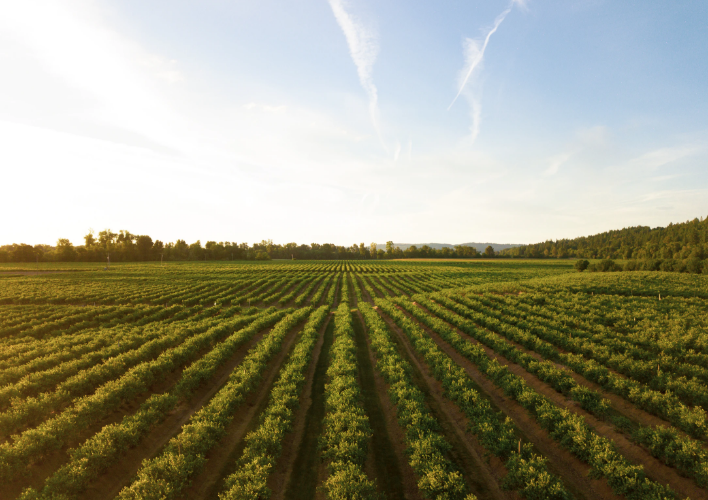 THE REGIONAL ENVIRONMENTAL CENTRE FOR THE CAUCASUS

The Regional Environmental Centre for the Caucasus (REC Caucasus) is an independent, non-for-profit organisation, established to assist in solving environmental problems as well as development of the civic society in the countries of the South Caucasus.

The mission of the REC Caucasus is determined as “to assist in solving of environmental problems in the Caucasus region through the promotion of co-operation at national and regional level among NGOs, governments, business, local communities, and all other environmental stakeholders, in order to develop a free exchange of information, in line with the principles of the Aarhus Convention; offer assistance to all environmental NGOs and other stakeholders; and increase public participation in the decision-making process, thereby assisting the states of the Caucasus in the further development of a democratic civil society”.

REC Caucasus has been established within the framework of the “Environment for Europe Process” based on the decision made at the Sofia Ministerial Conference in 1995. The founding document of REC Caucasus – its Charter – was signed in September 1999 by the governments of Azerbaijan, Armenia, Georgia and the European Union. In March 2000 REC Caucasus was officially registered as an independent, not-for-profit, non-advocacy foundation in Tbilisi, Georgia.

The work of REC CAUCASUS is being supported by:

European Commission (EC), Government of the Netherlands, Government of Norway, Global Environment Facility (GEF), Government of Germany (GIZ/KfW), Eurasian Partnership Foundation, Organization for Security and Co-operation in Europe (OSCE), United States Agency for International Development (USAID), the Principality of Liechtenstein and others. Work of the organisation is supported by the EU, US EPA, Denmark, Switzerland, Italy, the Principality of Liechtenstein, the Netherlands, Critical Ecosystem Partnership Fund (CEPF), etc.

REC Caucasus has been established:

The REC Caucasus serves the following stakeholders in the three countries of the South Caucasus region:

REC CAUCASUS AT WORK: SERVING AS A “BRIDGE”

REC Caucasus successfully implements its mission through various programmes and projects throughout the Caucasus region. One of the tasks of REC Caucasus serves as a “bridge” between the public and governments. REC Caucasus assists its stakeholders in capacity building through provision of information, advice, and expertise and to encourage dialogue, cooperation and public participation in environmental decision-making. REC Caucasus plays an active role in inter-agency cooperation, too. The organisation together with active environmental NGOs and the ministries of environment promotes the idea of environmental protection and sustainable development in the South Caucasus countries, demonstrating examples and arguments of direct links of environmental degradation and destruction with the growth of poverty, migration, economic recession, etc., i.e. other components (social and  economic) of sustainable development.

Since its establishment the Regional Environmental Centre for the Caucasus has implemented about 60 medium and large scale projects in the region which have contributed to policy development, capacity building, facilitation of dialogue and networking, information exchange on environmental issues and supporting the civil society in the South Caucasus states. Capacity building and training of various environmental stakeholders at regional, national and local levels have been provided throughout project implementation. REC Caucasus has strong experience in providing trainings to different interest groups and deep knowledge on their needs, demands and constraints.

REC Caucasus is well positioned in South Caucasus region to assist various national and international organizations to implement their activities targeted on the needs of the region, countries and specific stakeholders.

REC Caucasus has proven to be a viable and independent organisation providing services to governments, local authorities, non-governmental organisations, businesses, international organisations and other environmental stakeholders.

Since the beginning of 2010 RECC is actively involved and participates at the meetings of UNECE Committee on Environmental Policy. Preparatory activities to the Seven Pan-European Ministerial Meeting on Environment held in Astana in 2011 were in the focus. Moreover, based on negotiations with European Environmental Agency (EEA) on elaboration of pan-European assessment on environment, RECC in partnership with other RECs  and EEA,  was involved in elaboration of  Assessment of  Assessment Report. RECC has finalized the regional Assessments on Water Eco-system and Green Economy. The reports are available on RECC web site, www.rec-caucasus.org.

At the same time, RECC along with other EECCA RECs and OECD, is focused on elaboration of post-Astana mandate and strategy of EAP Task Force. The major inputs of EECCA RECs to the EAP Task Force will be as follows:

The role and involvement of the REC Caucasus into Environmental and Security Initiative was discussed at the regional meeting conducted in Tbilisi in March 2009. In light of the current political situation after the August events and taking into consideration that OSCE stopped its operations in Georgia, the potential role of REC Caucasus in coordinating certain activities/projects under the umbrella of the EnvSec has been discussed with major partners of the process, as well as with the Chairman of the ENVSEC Board. Willingness to see the REC Caucasus in the process has been officially stated by the Governmental representatives as well.

RECC applied and was selected again  to participate at the Civil Society Forum under EU Eastern partnership in 2010. Moreover, REC is a permanent member of third platform under Eastern partnership CSF on Energy and Environment. REC C has been participating in EC call under the Eastern Partnership Flagship projects; “ENPI – programme for the prevention, preparedness and response to natural and man-made disasters”  and in the Framework Agreement for promotion of Shared Environmental Information System.

Bearing in mind the multilateral approach of the Eastern Partnership Initiative RECC  is going to coordinate national energy security and environmental panel on the regional level. For this, several consultations and meetings with national SCOs have been conducted. In future years, RECC will have to strengthen the role of the regional coordinator of the Eastern Partnership Initiative.

RECC initiated process of involvement into Council of Europe activities in 2009, particularly to be involved at  Council of Europe Conference of Ministers Responsible for Spatial/Regional Planning (CEMAT). Status of observer for the RECC has been negotiated with CoE. RECC sent an official letter for getting the status of observer in CEMAT which was submitted to the Head of the Cultural Heritage, Landscape and Spatial Planning Division. During the next CEMAT session Committee of Senior Officials will discuss possibilities for RECC to be granted the status of observer. RECC has been requested to re-submit its application since CEMAT has undergone some restructurization, and members of the Committee were changed.

REC Caucasus has become a member of EECCA Network of basin management organisations as part of International Network of Basin Management Organisation’s family.

Director of the International Office for Water (France) that is REC’ sub-contractor  under “Creation of Enabling Environment for Integrated Management of the Kura-Aras Transboundary Rivers Basin” project, is serving as executive secretary for  International Network of Basin Management Organisations. RECC being a member of INBO is taking active participation at its annual conferences.

RECC was actively participating in different negotiations and CSO meetings within the UNFCCC. Engagement of RECC in the work of the UNFCCC increased awareness of the ongoing processes and provided opportunities to get involved into different climate change related activities and projects.  One of such initiatives is elaboration of the South Caucasus climate change and Gender strategy together with IUCN USA office. Joint proposal was elaborated and submitted for the donors’ (Government of Finland) consideration.

RECC has been invited to the first regional consultations meeting in December 21, 2010 by International Office for Water, which is a regional coordinator for organization of the World Water Forum 6 to be held in 2012 in France. During the meeting RECC have been nominated as a member of the European Regional Steering Committee. Currently RECC is working over the organization of the regional conference for the preparation to the WWF6. We have to note that it is the first time, when RECC participate in the preparation of the World Water Forum, which of course give an opportunity to be involved into the international water policy making processes and as well to deliver the regional messages.

RECC has participated in  the Third Session of the Global Platform for Disaster Risk Reduction and World Reconstruction Conference  in Geneva (May 2011) as part of the official government delegation, and presented the outcomes of the “Views from Frontline” project piloting community disaster risk reduction in the regions. Subsequent outcome report and recommendations on implementation of Hyogo Framework for Action were presented in different side events and plenaries, as well as to UNISDR and Global Network for Disaster Reduction.

In the beginning of 2003 REC Caucasus initiated the process for applying LEAPs methodoloy to the South Caucasus countries. Since then the pilot projets: Local Environmental Action Plans (LEAPs) have been developed and implemented in the three selected cities of the South Caucasus – Ararat, Ganja and Kutaisi. The LEAPs documents have been developed in close cooperation with the local authorities and citizens. Final documents published in Russian and national languages were presented at hte final city conference and the memorandums of understanding between the city mayors and REC Caucasus were signed. According the memorandus the local goverments took the responsibility to integrate LEAPs in city development plans and implement priority actions identified in LEAP.

An important component of the LEAPs process is provision of financial support to implement some of the LEAPs environmental solutions. For this purpose REC Caucasus initiated a small Grants Programme and provided funding for 15 projects ranging from environmental awareness and education initiatives to low-cost, pollution reduction and environmental improvements in each of the LEAP cities. This included small grants for local governments to encourage partnership with business and/or NGOs, as well as small grants for NGOs. Projects addressed improving drinking water supply and irrigation systems, improving waste management, planting of greenery and raising environmental awareness.

Moreover, the following projects and activities have been undertaken within the framework of the environmental policy and LEAPs Programme to support governmental initiatives in the South Caucasus countries:

REC Caucasus assisted local communities through implementation of projects supported within the framework of Small Grants Programme “Sustainable Development of Caspian Coastal Communities”. The goal of this Programme was to reduce and prevent the overuse of natural resources of the Caspian Sea region by assisting coastal communities to develop alternative and sustainable sources of livelihood, and in general to promote sustainable economic development.

The overall objective of this project is to contribute to sustainable development and minimise environmental impact from industrial sector by stimulating small and medium size enterprises (SMEs). The objective will be reached via increase of SME’s capability in the preparation of financial documentation for CP and EE projects. The increased possibility for getting the financial resources from local and international financial institutions, will improve their (SME’s) operation capabilities to become more economically efficient, while becoming more environmentally friendly and reducing their demand on locally scarce resources.

Donor: Government of the Netherlands 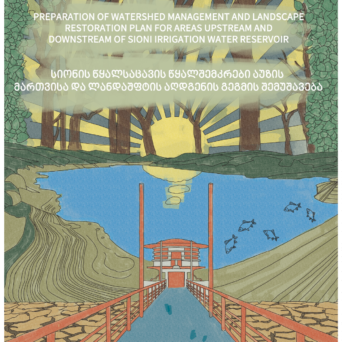 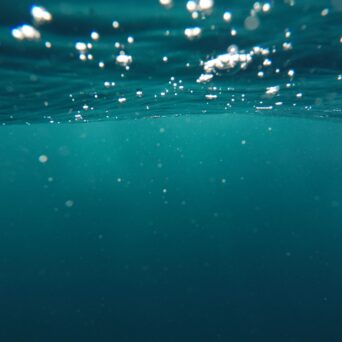 Support MEPA in implementation of Law of Environmental Liabi 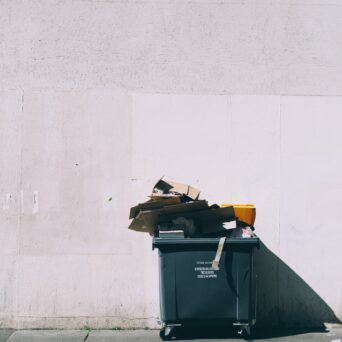 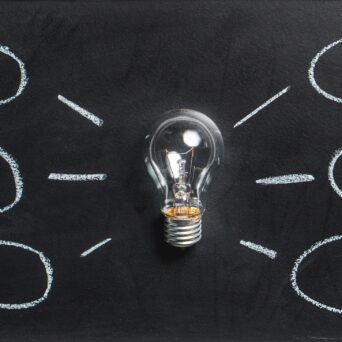 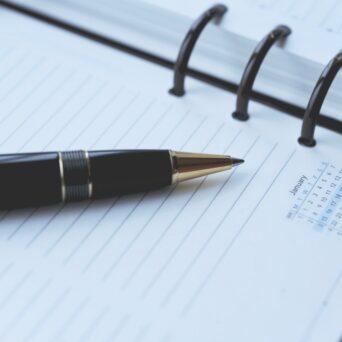 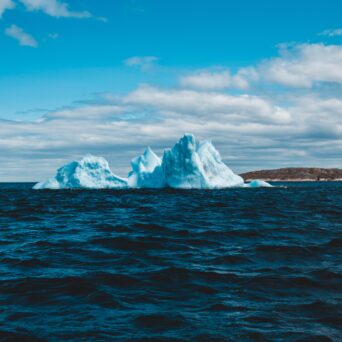 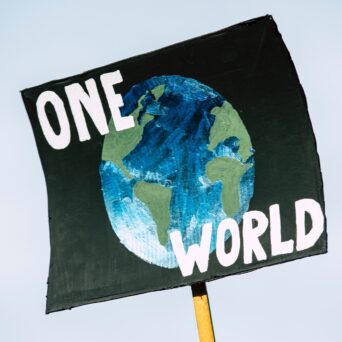 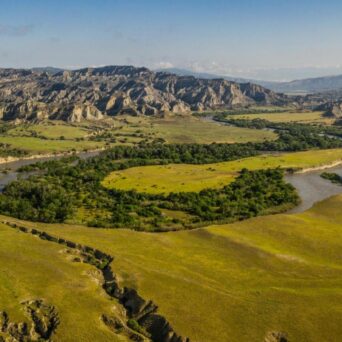 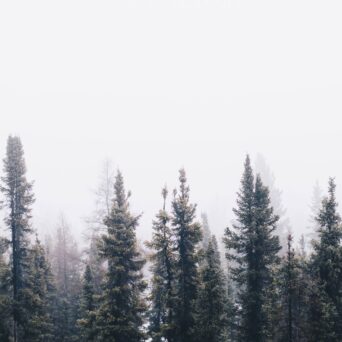 Land Restoration Measures to Prevent Land Erosion and to Mai 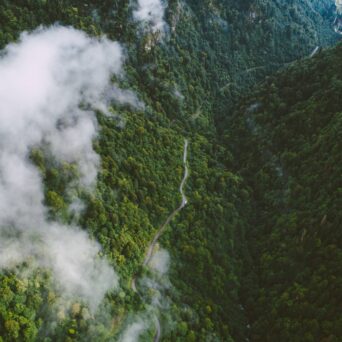 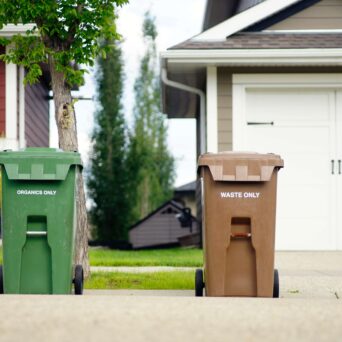 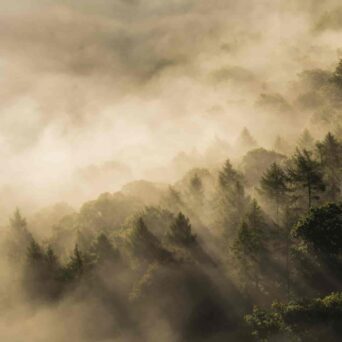 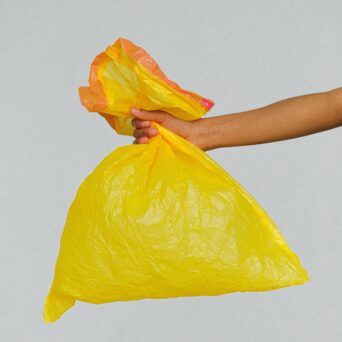 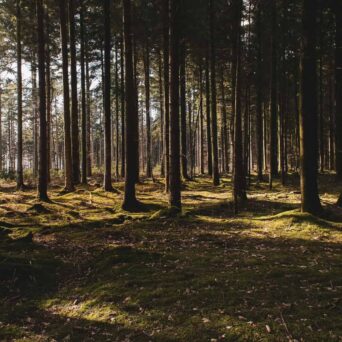 At the stage of the PIF submission, the alignment of the previous UNCCD National Action Programme (NAP) to the 10 year strategic plan of the Conventio
WASTE MANAGEMENT
In Progress 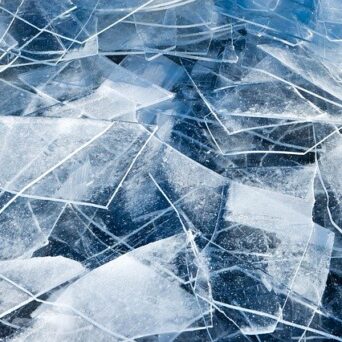 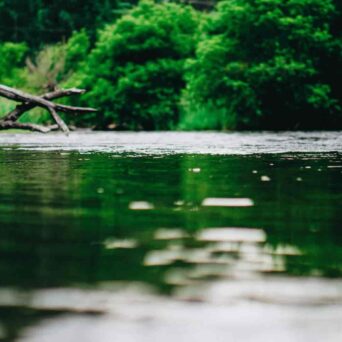 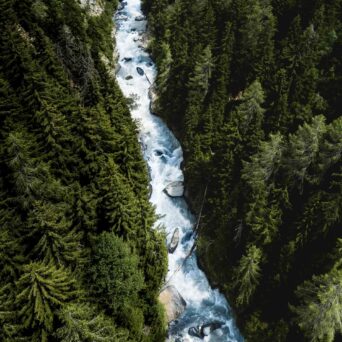 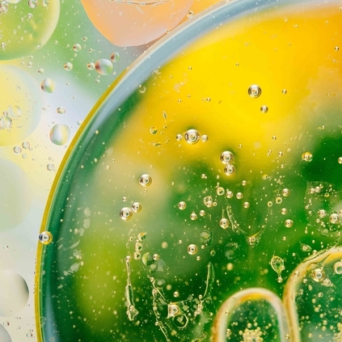 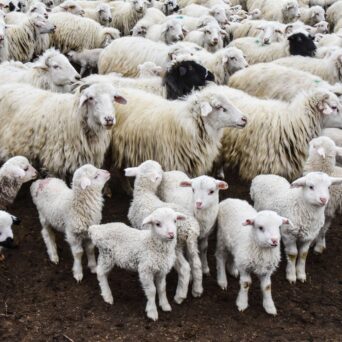 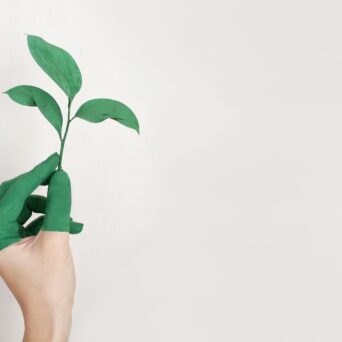 Develop a guideline and checklist to include Biodiversity in